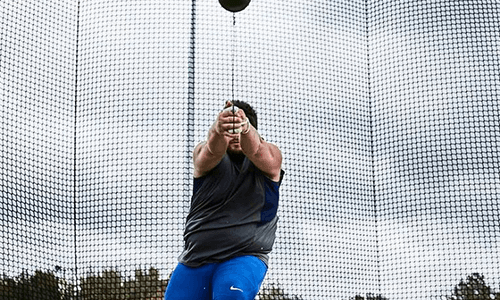 Richard Branson knows all about “point of difference”. He would not have an airline if he copied the British Airways or Qantas model. Separating yourself from the norm is a leap of faith and in my view one of the main ingredients to survival.

Donald Trump would not be a Presidential candidate by emulating current political players. He has grabbed the attention and quite a few hearts by separation himself from the status quo.

In my business (sports equipment design and manufacture) we have learnt the necessity to design products with blinkers, that is we design our version not tweak someone else’s idea. One example is athletic hammer throw cages. We built one cage every eighteen months with a design inspired by other models on the market. Athletics Australia asked us to design a cage for a IAAF model so we started from scratch and questioned every aspect of what was needed in a cage. The result was our Thor cages which we now manufacture 8-10 per year and have licensed production in the USA.

Doing things your way is also a lot more fun.